Nanga Parbat (8125m) Diamir Face Expedition (Pakistan)
Nanga Parbat, in the Sanskrit language for “Nude Mountain”, is so named because some of its slopes are so steep that they are bereft of vegetation and snow. According to the local old legend, Nanga Parbat is also called Diamir, which means abode of fairies. It is believed that the Queen of fairies lives there in a castle made of solid crystal-clear ice, which is guarded by gigantic snow serpents and frogs. The earlier disasters in climbing this mountain are attributed to the displeasure of fairies. Nanga Parbat is not a single peak but consists of 20km long series of peaks and ridges culminating in an ice crest of (8125m). Its South Face known as Rupal Face is (5000m) high, while the North or Raikot Face plunging over (7000m) from the summit to the Indus forms one of the world’s deepest gorge. This expedition takes us to the West Side, which is known as Diamir Face.

Nanga Parbat is the second highest mountain of Pakistan and the ninth-highest in the world. It is not part of the Karakoram. It is separated from the Karakoram by the mighty Indus River. Since the first disastrous British expedition led by A. F. Mummery in 1895 A.D., mountaineers have tried to ascent its summit through different routes but few lucky ones have succeeded. In 1934 four German climbers and 6 porters perished in a storm. In 1937 disaster 18 Sherpas and 12 climbers were buried alive by an avalanche that covered their camp. In fact, Nanga Parbat has claimed more lives than any other 8000ers relative to the number of attempts, hence it is named as the frightening nickname of Killer Mountain. It was first climbed in 1953 A.D. by a joint Austrian – German Expedition. Hermann Buhl made the final ascent in a hard 41 hours solo ordeal without oxygen. Italian mountaineer Reinhold Messner climbed the south face (Rupal Face) with his brother Gunther in 1970, descending by the Diamir face, where Gunther lost his life in an adventure.

For more information on the Nanga Parbat (8125m) and the Expeditions that we run there, contact us via:

DETAILS OF SERVICES INCLUDE:

1. Accommodation: In good standard hotels on a full board/half twin basis in cities. During camping in international quality dome tents on twin sharing basis, with full board services.

2. Transportation: Air Conditioned transport in Islamabad and up to Skardu. 4×4 soft-top jeeps till trek head for members and equipment.

3. Meals: All meals in cities and during trekking and at the base camp.

4. Equipment: All camping & kitchen equipment will be provided during trekking and at the base camp.

5. Custom clearance: In Islamabad, we shall take care of the customs clearance procedure of equipment and we will store the equipment in our store till the arrival of the climbing team. The clearance fee is not included.

6. Briefing & De-briefing: We will assist you in briefing & de-briefing with the ministry of tourism and coordinate the matters with Government appointed Liaison officer.

8. Supporting Staff: Qualified mountain guide, cook, cook helper will stay at the base camp with the group throughout the expedition to make sure the smooth conduct of the expedition.
Guarantee, for Helicopter rescue and pollution fee. (Fee not included)
Insurance, of porters, staff, Liaison officer.
Tips & portage & entrance fee at sites, hotels and at the airport.

COST DOES NOT INCLUDE: 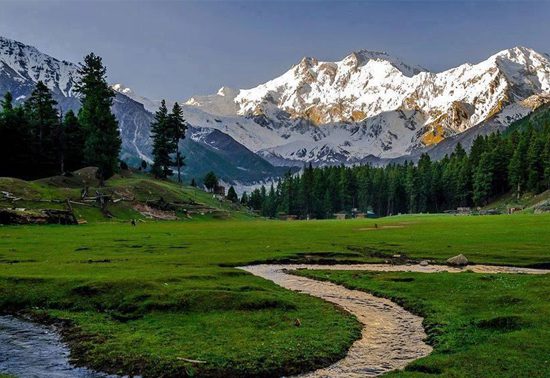 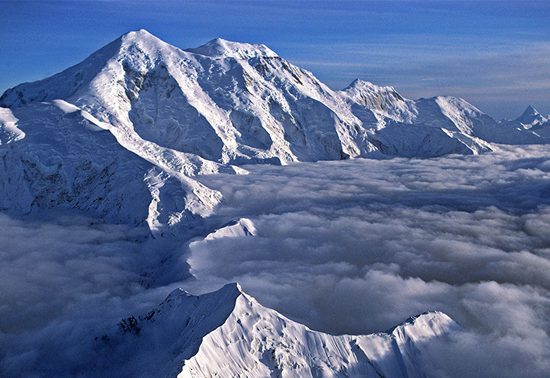 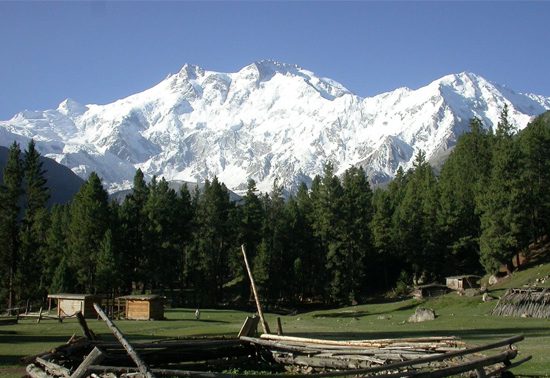 Islamabad   Welcome reception at Alpine Club of Pakistan. Overnight at hotel. Islamabad, situated at the foot of Marghalla Hills is the modern City and Capital of Pakistan. The city was carefully planned and drawn up by Greek architects in the early 60s.With its wide boulevards, vistas, greenery and fountains; Islamabad is quite a pleasant city. The-adjoining city of Rawalpindi is an old city, which has been the path of many invaders to south Asia.The British captured it in 1849 and made it their largest Army cantonment. Today it's a lively and bustling city with colorful and crowded bazaars offering varieties of shopping opportunities. It shares an International Airport, Railway Station and Bus Terminal with Islamabad. Despite being old city, Rawalpindi doesn't have any significant historical monument. However, at a distance of just 35km, the neighboring town of Taxila is of great historical values. Time permitting a half-day sightseeing of Taxila ruins and Archeological site as well as Museum would be worth its while. Alexander the Great conquered it in 327 BC and the city progressed under Mayuryans, and the great Kushan Kings. Under the most famous Kushan King, Kanishka, Taxila became a great center of the Gandhara Art, culture and Buddhist " Holy land" and a center of learning.
3

Chilas   Drive by coach to Chilas (480km) on Karakoram Highway. Overnight at hotel. The journey on the Karakoram Highway is most adventurous and thrilling. It is a monument to the engineering feast and one of the most spectacular roads and the world's highest metalled border crossing. It connects Pakistan and China spreading over a distance of 1300km between Islamabad and Kashgar, winding through three mountain ranges and following the ancient Silk route along the Indus Valley to the Chinese border at Khunjerab Pass. We pass through the historical town of Taxila, beautiful hill station of Abbottabad, lush green towns of Mansehra, Shinkiari and finally meet the great Indus on Thakot Bridge. From there onward the road snails along the bank of the Indus with contrasting landscape after every two kilometers. We pass through Besham, Dassu, Komila and Shatial to arrive at Chilas with many rocks carving and inscriptions along the way left by Chinese pilgrims and ancient travelers of 5th century A.D.
4

Diamoroi   From Chilas it takes about 30 minutes driving to Bunar Daas. Another 15 minutes drive will take us to the channel. From the channel we will trek up the Bunar River to Diamoroi Village, which will take about 4 – 6 hours. Overnight in tent.
5

Diamir Base Camp (4100m)   From Diamoroi to Kutagali (3500m) it is 5 hours steep climbing up along ariverside. The route goes through birch woods and high rock faces. Kutagali is shepherd's settlement. After lunch and rest we will continue our climbing up the valley to the Diamir Glacier. After about 2 to 3 hours we will reach Diamir Base Camp (4100 meters). The first British A. F. Mummery disappeared on the Diamir Glacier in 1895. As already mentioned Reinhold Messner lost his brother Gunther descending through Diamir Face after their victorious climbing through Rupal Face in 1970. It is this side of Nanga Parbat that most climbers want to attempt. To the left of this face is Kinshofer route named after the German climber Tony Kinshofer who alongwith his team climbed Nanga Parbat through this route for the first time in 1962. This was the second ascent of Nanga Parbat after Austrian climber Herman Bhul's successful ascent in 1953. On the right side there is Messner route. Overnight at camp.
6

for acclimatization and climbing.
7

Islamabad   Drive on KKH to Islamabad. Overnight at hotel
10

Fly at Home     Fly out Transfer to airport for your return homebound flight.