The Kalash is a pagan minority residing in the Chitral district of the province of Khyber Pakhtunkhwa. The Kalashas, as the locals are called, live in three valleys of Chitral namely, Rumbur, Bamburet, and Birir. The Rumbur and Bamburet form a single culture due to their very similar cultural practices, while Birir being the most traditional one forms a separate culture.

The number of Kalash has decreased so much over the years, that only around 4000 people reside in the valleys nowadays. The Kalashas worship many gods.

A lot of anthropologists view that the people of Kalash practice an ancient form of Hinduism which has gradually developed locally and got influenced by the neighboring areas of pre-Islamic Nuristan. The inhabitants of the Kalash valley celebrate a number of festivals all year round. The four predominant festivals are as follows:

Chilam Joshi Spring Festival (May 13-16):
Joshi festival marks the arrival of spring. People wear new clothes and women embellish themselves with heavy jewelry, girls are sent to the hillside for dancing and singing. Women decorate their houses and collect milk from the cattle.

Moreover, one-year-old babies and their mothers are also purified in this festival.

Uchal Festival (August 20-21):
The people of Kalash valley celebrate the famous annual harvesting festival Uchal with singing, dancing and paying homage to the nature of blessing them with barley and wheat harvest season. Special foods, cheese, buttermilk, and cornbread, are prepared for the event. Women in traditional dresses perform dances.

Phool Festival (Mid-October):
The Phool / Autumn Festival is an annual colorful two-day festival in Birir Valley celebrated with high spirit and zeal. The festival marks the reaping of grapes & walnuts harvests. The people sing songs in the local language and perform traditional dances throughout the two-day festival.

Chaumas Festival (December 07-22):
The most important Kalash festival is the Chaumas Festival, which is celebrated for two weeks at the winter solstice (Dec. 7-22), at the beginning of the month of chawmos mastruk. It marks the end of the year’s fieldwork and harvest. It involves much music, dancing, and the sacrifice of many goats. It is dedicated to the god Balimain who is believed to visit from the mythical homeland of the Kalash, Tsyam, for the duration of the feast. Food sacrifices are offered at the clans’ Jeshtak shrines, dedicated to the ancestors.

At Chaumas, impure persons are not admitted; they must be purified by a waving firebrand over women and children and by a special fire ritual for men, involving a shaman waving juniper brands over the men. The ‘old rules’ of the gods are no longer in force, as is typical for year-end and carnival-like rituals. The main Chaumas ritual takes place at a Tok tree, a place called Indra’s place sometimes believed to belong to Balumain’s brother, lord of the cattle.

Ancestors, impersonated by young boys are worshiped and offered bread; they hold on to each other and form a chain and snake through the village.

For more information on Kalash Festival and the tours that we run there, contact us via: 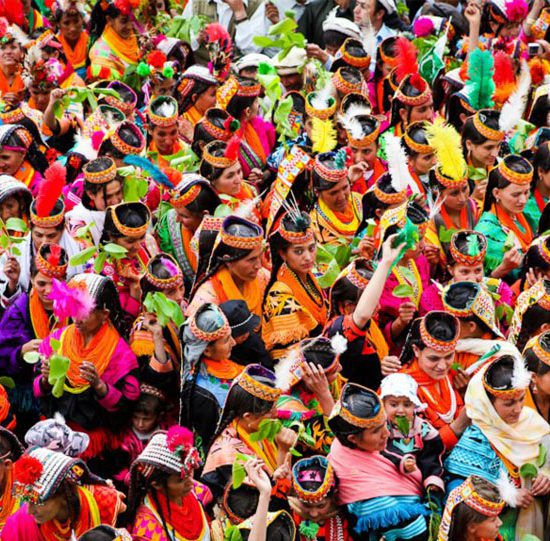 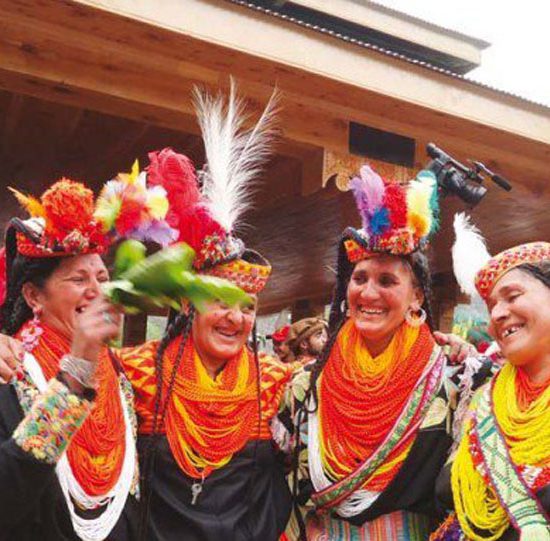 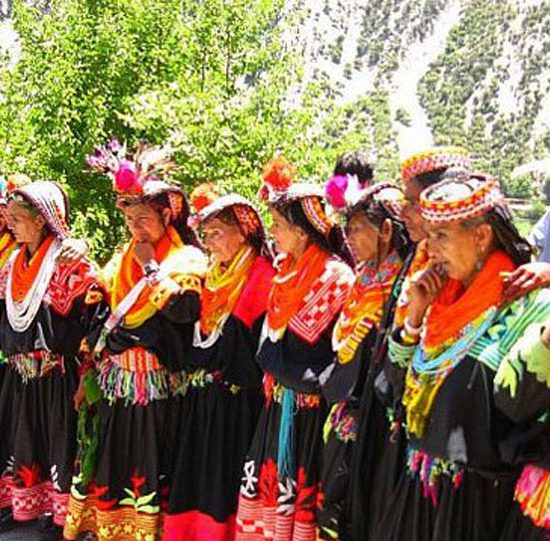