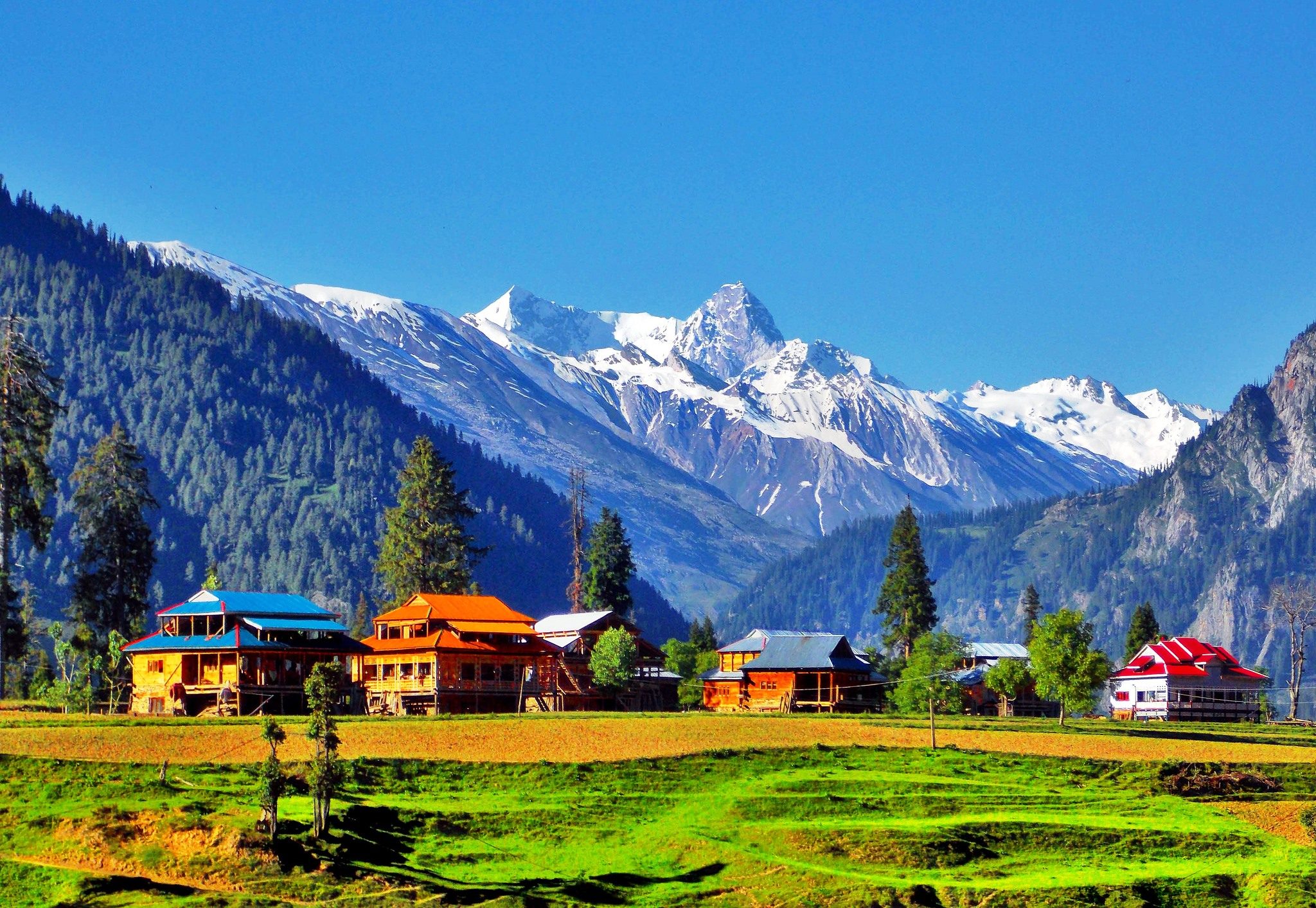 Neelum District is the northernmost district of Azad Kashmir, Pakistan. Taking up the larger part of the Neelam Valley, the district has a population of 191,000 (as of 2017). It was badly affected by the 2005 Kashmir earthquake.

The Neelum River was known before Partition as Kishan Ganga and was subsequently renamed after the village of Neelam. It flows down from the Gurez Valley in Indian Jammu and Kashmir and roughly follows first a western and then a south-western course until it joins the Jhelum River at Muzaffarabad. The valley is a thickly wooded[citation needed] region with an elevation ranging between 4,000 feet (1,200 m) and 7,500 feet (2,300 m), the mountain peaks on either side reaching 17,000 feet (5,200 m). Neelum Valley is 144 kilometres (89 mi) long.

Most of the valley is taken up by the Neelum District. The district is bordered on the south-west by Muzaffarabad District, which also encompasses the lower reaches of the valley; to the north-west beyond the mountains lies the Kaghan Valley in Khyber Pakhtunkhwa’s Mansehra District; to the north and north-east are the Diamer, Astore and Skardu districts of Gilgit-Baltistan. To the south and east are the Kupwara and Bandipora districts of Indian Kashmir. The Line of Control runs through the valley – either across the mountains to the south-east, or in places right along the river, with several villages on the left bank falling on the Indian side of the border.