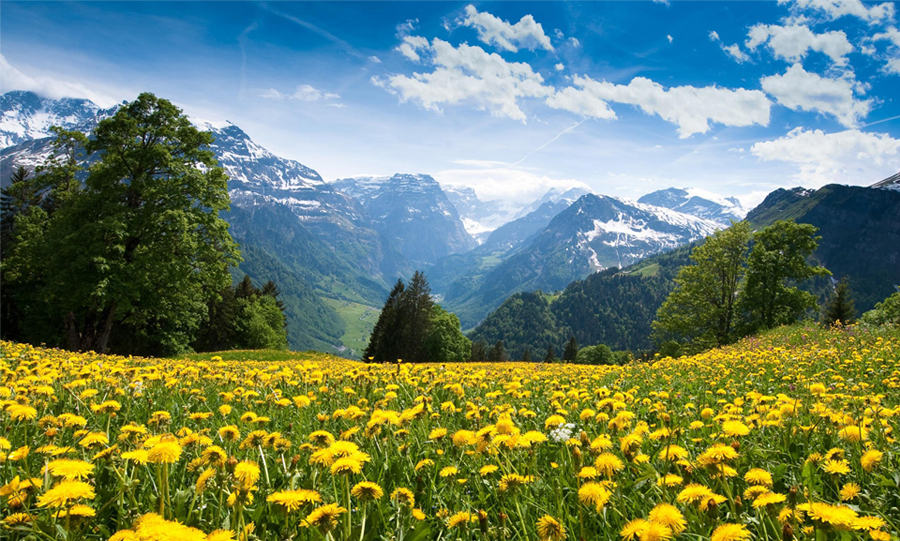 Fairy Meadows, named by German climbers and locally known as Joot, is a grassland near one of the base camp sites of the Nanga Parbat, located in Diamer District, Gilgit-Baltistan, Pakistan. At an altitude of about 3,300 meters above the sea level, it serves as the launching point for trekkers summiting on the Rakhiot face of the Nanga Parbat. In 1995, the Government of Pakistan declared Fairy Meadows a National Park.

Driving on Karakoram Highway along the Indus River arrive Raikot Bridge short of Gilgit over the Indus, where we leave the narrow jeep track to tiny Tatto village where we leave our jeeps to start the trek for to Fairy Meadows at the foot of Nanga Parbat (8125 m), the ninth highest peak in the world. This peak is also known as “the Killer Mountain” as many climbers have died while attempting to reach the top. The view of the mountain, the glacier flowing from it and the pine forests at its feet is simply superb.

Tourism:
The six-month tourist season at Fairy Meadows starts in April and continues until the end of September. Tourists lodge at the camping site spread over two acres, known as “Raikot Serai”. The site of Fairy Meadows, though partially developed, generates about PKR 17 million revenue from tourism, mainly by providing food, transportation and accommodation services. A project by Shangrila Resorts The pioneers of tourism development in Gilgit Baltistan, will be establishing a echo friendly resort. The road to Fairy Meadows was built by Brigadier M. Aslam Khan, First Commander Gilgit Scouts, which today employs the locals. The local community stopped the extraction of timber to conserve the forest and promote tourism in the area.