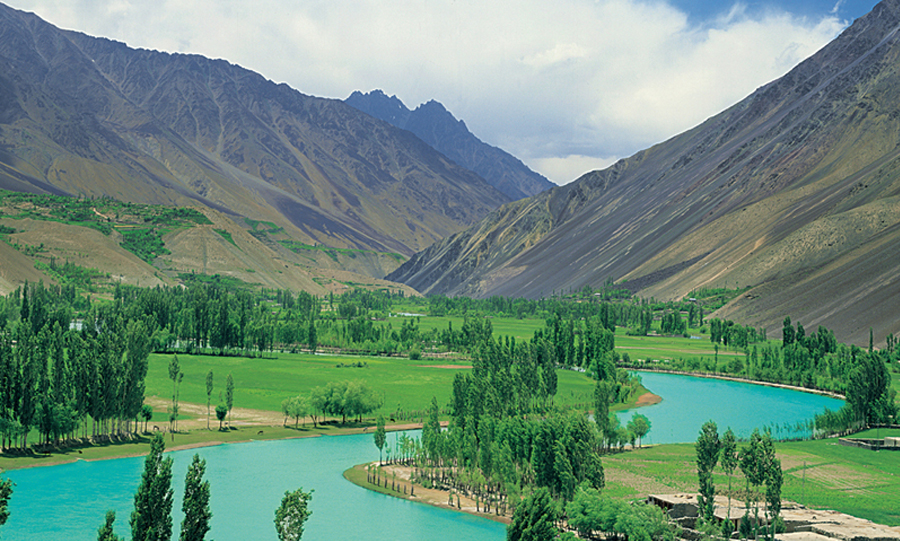 Crossing the branches of Swat River, climb the Malakand Pass and enter the valley of Swat. Climb Lowari Pass (3200 meters). The descent takes travelers through about 96 hairpins down to the valley floor. Arrive at Chitral Valley. Visit the colorful bazaar where we will find people from all over Afghanistan and North Pakistan. Enjoy fascinating views of Tirich Mir (7708m), the highest mountain of Hindu Kush range, and visit the town’s central mosque. Cross the valley over famous Shandur Pass and drive to Gilgit.

The entire valley in linked borders with Afghanistan in the north and west, with a small Afghan which separating it from Tajikistan, and Dir Kohistan in the south and Gilgit in the east. Chitral valley is accessed by several mountain passes, the most famous being the Lowari Top crossing the Hindu Raj in the south and the Shandur Pass forming the eastern gateway from Gilgit.

According to 1981 census, Khowar is the main language and spoken by 98% of the population while Pashto is spoken by a small population.Chitral is represented in the National Assembly and Provincial Assembly by one elected MNA and two elected MPAs.The city has an average elevation of 1,500 m (4,921 ft).